The Gender of Diplomacy 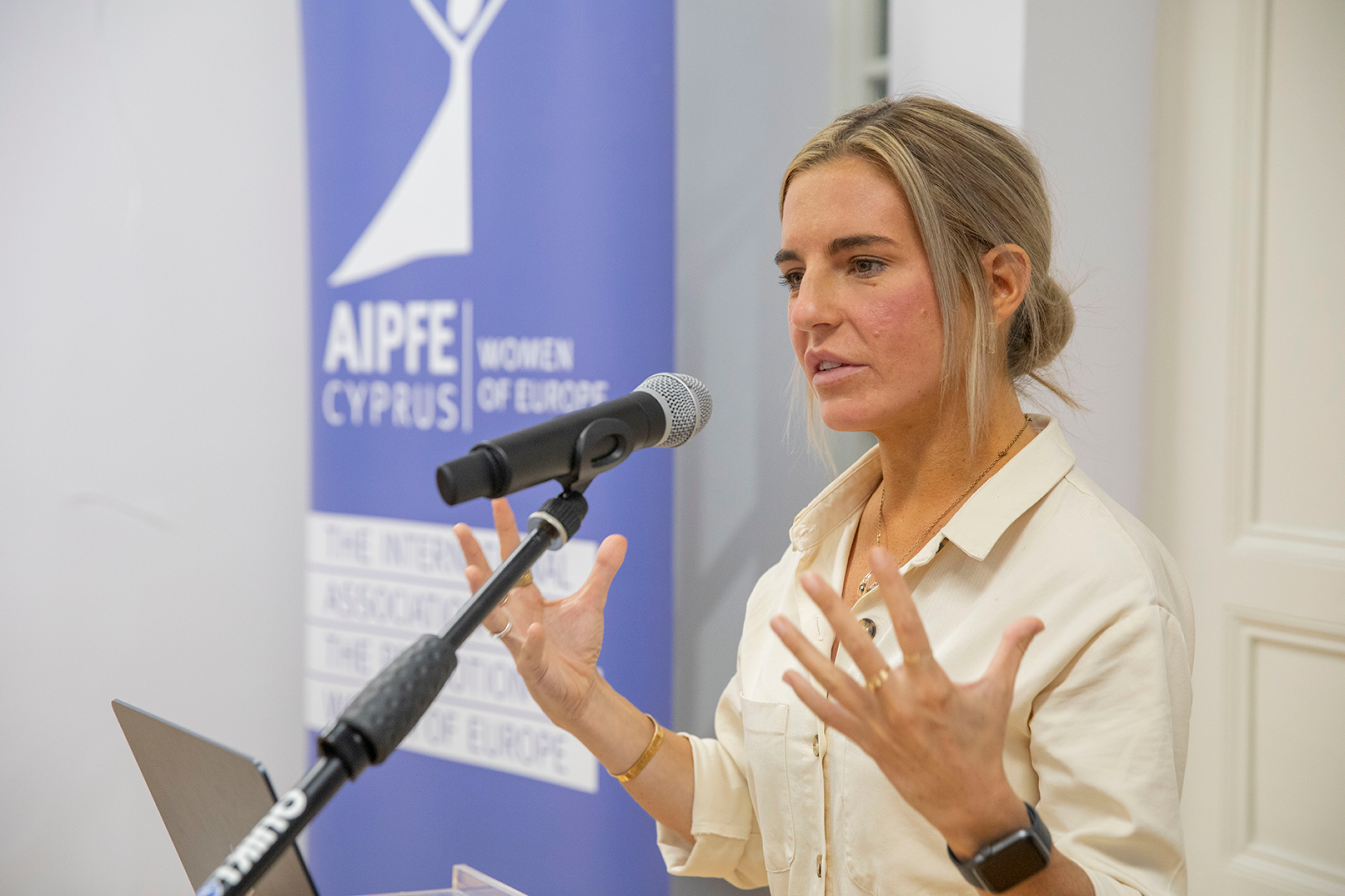 AIPFE Cyprus-Women of Europe was honored to have partnered with the British High Commission and the House of Representatives on a thought-provoking discussion with Dr Jennifer Cassidy on ‘The Gender of Diplomacy.’

The event, which took place on September 28 at the House of the Citizen, was under the auspices of the President of the House of Representatives, Mrs. Annita Demetriou.

‘The empowerment of women in political life requires that women can reach the decision- making table in greater numbers while also ensuring that their participation is meaningful, their voices are heard and they are enabled to play an active role in shaping outcomes,’ Dr. Jennifer Cassidy of the University of Oxford.

A proud advocate of gender and human rights, Dr. Cassidy underlined that ‘Diplomacy itself has a gender that exhorts masculine qualities, however this conversation should not be men against women.’

AIPFE President, Despina Papadopoulou welcomed a full house of guests, noting that ‘for 21 years, AIPFE has worked tirelessly with great passion in order to empower, motivate and connect women to sit at the table and look up towards the glass ceiling.’

Deputy British High Commissioner, Ben Rawlings, said that ‘Diversity is a diplomatic superpower: understanding and influencing people requires different perspectives, experiences, diversity of thought and approach.’ He added that ‘on gender, the Foreign Commonwealth and Development Office has already achieved lots - female ambassadors in G7 posts plus the UN and 40% women of new recruits’, and stressed that ‘there's a lot more we must do, but we're moving in the right direction.’

‘Women play a fundamental role in diplomacy as in all political and social aspects.’ Savia Orphanidou, Member of the House of Representatives stated, adding that ‘I am one of the 8 women MPs. And I know the number of women at the House of Representatives is low but we really need to reflect and realize how much was done before to be here today, but also how much more needs to be done for women to gain the place they deserve in all areas in decision-making centers.’

The role of women in the diplomatic sphere is undeniably an on-going discussion which is imperative for change to strengthen the rights and representation of women. And this discussion shall continue for as long as it takes.