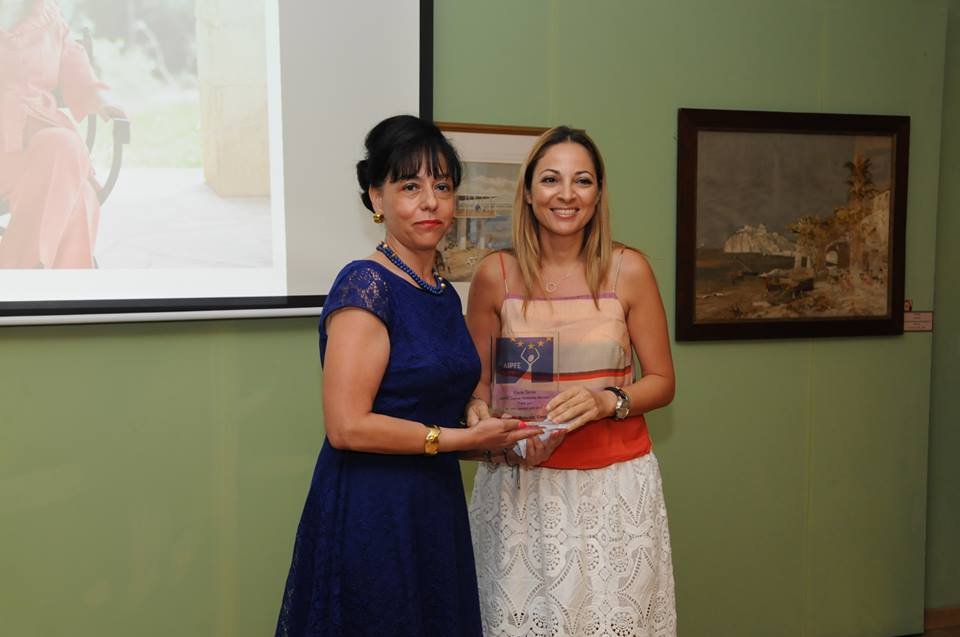 Our Summer Networking event of 2016 at the Severis Foundation in Nicosia, gave us the opportunity to highlight and honour the life work of Mrs Elena Tanou, a prominent and highly respected business professional.

Ms. Tanou has built and expanded a publicly listed international travel and tourism business over the past twenty years. Ms Tanou was educated at the University of Nancy, France and is an active proponent of private sector development in the Cyprus economy.

It was with great pleasure that we welcome Ms. Tanou as an honorary Aipfe member!

We also had the pleasure of welcoming Janet Zenonos as our guest speaker at the event, who gave us a fascinating insight into the world of women in the army with her talk: A road less travelled.

Janet Zenonos is a former Australian Army intelligence officer, who left the military at the rank of Captain, following her deployment to Iraq (2007) and Afghanistan (2009) at the pinnacle of the Western ‘intervention’.

Janet is a lawyer admitted to practice in both Australia and Cyprus and a member of the Australian Capital Territory Law Society and the Cyprus Bar Association.

Janet works as a lawyer in Limassol and is married with one son. Due to her own experience with cancer in 2013 Janet is also a strong advocate of balanced medical treatments which combine conventional medicine with diet and fitness regimes to combat cancer on all levels.