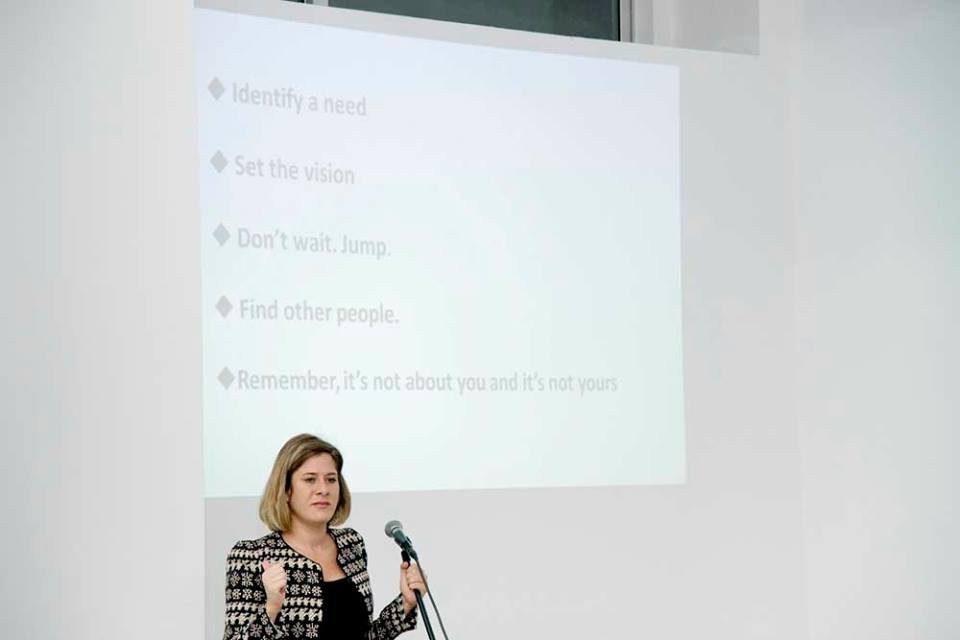 AIPFE Cyprus-Women of Europe and the Embassy of Israel in Nicosia hosted a talk titled: Social Entrepreneurship: Formulating a Vision and Realizing it” by acclaimed social entrepreneur Adi Altschuler, named by TIME magazine in 2014 as ‘Next Generation Leader‘ for her role in building communities of kindness.

When Adi Altschuler was 12 years old and living in the city of Hod HaSharon she volunteered to spend time with a freckle-faced 3-year-old boy with cerebral palsy named Kfir Kobi. “He was like a brother to me. We were close friends and I used to tell him all my secrets,” she says. As the years went by, Altschuler realized that most children who lived with disabling conditions like cerebral palsy didn’t have a friend like her – or any friends at all.

With her sense of activism growing, Altschuler joined LEAD, a non-profit youth leadership organization that gives Israeli teenagers experience in planning, implementing and managing community projects. At LEAD, she was asked to think about a problem that troubled her. What if every boy like Kfir, she wondered, could have an able-bodied, older friend like her? A mentor and carer who might expose them to new experiences, a person who was not a member of their family and who might make them feel less isolated from society and their peers. The idea for a new youth movement was born, and she named it Krembo Wings. (A Krembo is a chocolate-covered marshmallow treat popular among Israeli children.)

After just one year of recruiting people and funds, Altschuler found herself running an organization that had four branches in four cities and town and 100 participants. Today, 11 years later, Krembo Wings has 35 branches across Israel with over 3,000 volunteers in any given year running after-school activities for children with special needs. The teenage participants run most of the organization and pass it on to others when they graduate high school. Read the full article in TIME magazine